For many restaurateurs and businesspeople, opening a new food spot in Santa Monica can be a nightmare.  Red tape and delays make the process a long, dragged out affair. (Am I right Lemonade, Creams & Dreams? And Caffe Primo… we feel your pain.)  But for some magical reason known only to the god of multinational coffee chains, a new Starbucks can open in days in the notoriously challenging city.  It was only back in mid-October that I told you about a new branch of the ubiquitous coffee purveyor being built on the ground floor of Santa Monica Place near Bloomingdale’s.  One month and a half later, Starbucks is open and probably giving Ugo Café a run for its money. 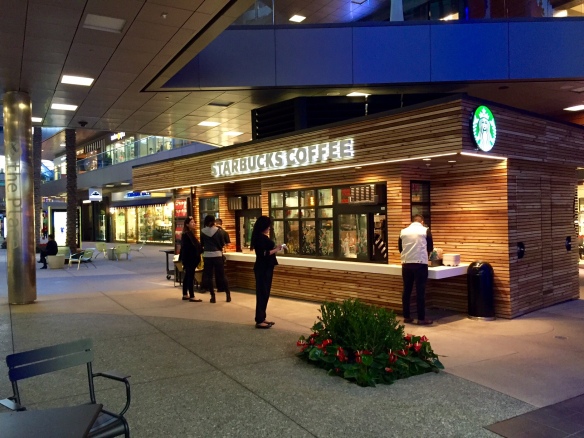