You may recall back in March 2013, I told you about the battle for the street corner at 11th and Wilshire in Santa Monica that you can re-read here.  After 25 years, Farrah’s Florist was being pushed out by their landlord to make room for a glitzy remodel and eventual Starbucks.  But Farrah’s, supported by local patrons who believe that Santa Monica is changing a little too quickly, fought back.  They mounted a petition drive to hang on to the choice spot across from Melisse and El Cholo.  Well, sadly for Farrah’s, their petition drive was not successful.  They have been forced out and are currently moving into their new spot further up at 2006 Wilshire.  So, it looks like Starbucks wins and will be taking over the corner soon.  I’m told construction will begin in September.  Until then, check out the artist rendering below of what the new coffee shop will eventually look like. 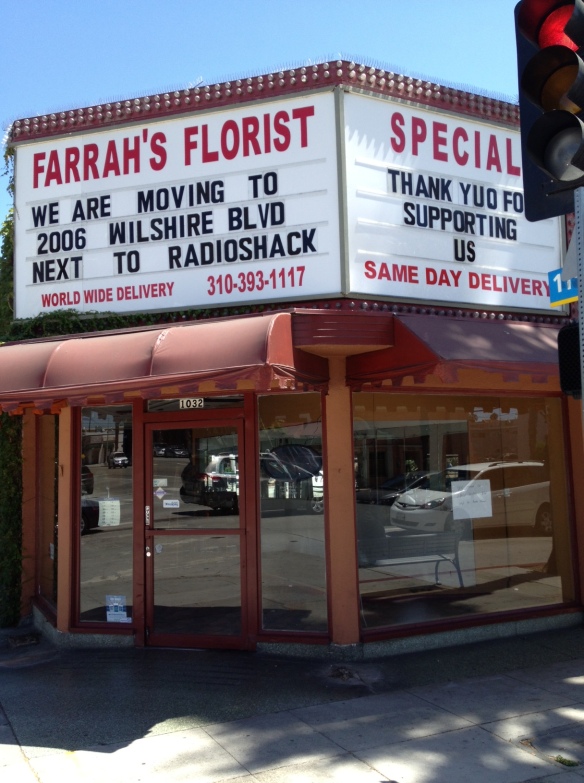 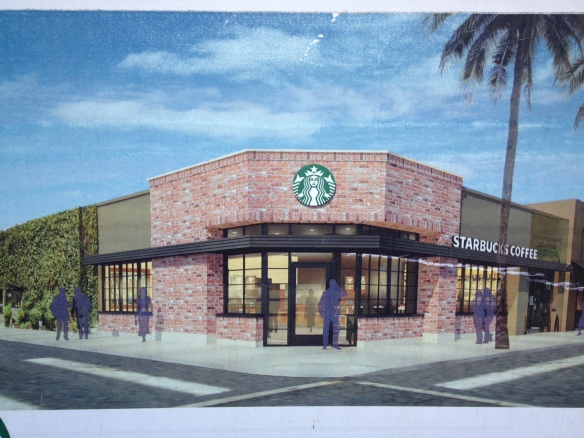