The food scene is really taking off in this neck of the woods lately…  A major build-out is underway on the corner space that used to house curry spot Indian Summer at 219 Main St. in El Segundo.  According to the ABC application, the eatery will be named Sausal El Segundo and is brought to you by an entity called Soul Sauce Cantina LLC .  A still-developing website describes the new restaurant’s menu as “nuevo rancho cuisine” and yes, there will be liquor…  No word on an opening date, but it looks like they’ve got a way to go. 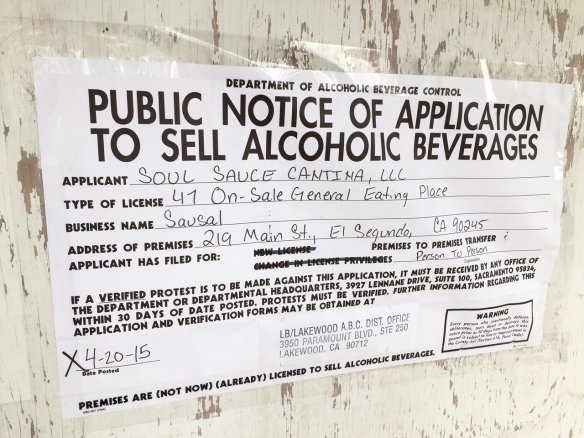 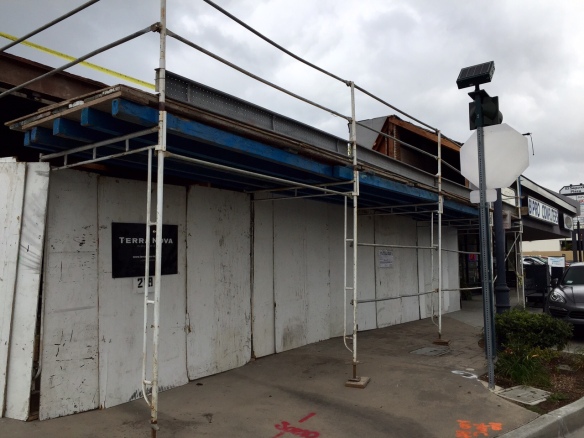