Plywood on the second floor of the Westfield Century City Shopping Center is announcing the impending arrival of Bake Cheese Tart.  Originally hailing from Japan, the chain has locations throughout Asia and another US location in San Francisco.  The website explains that the tarts start with a double-baked crust, into which goes fresh cream cheese from Hokkaido.  They are produced in Japan, then flown around the world where they are baked in their retail stores.  Apparently, they’re so popular that they sell one tart per second worldwide. 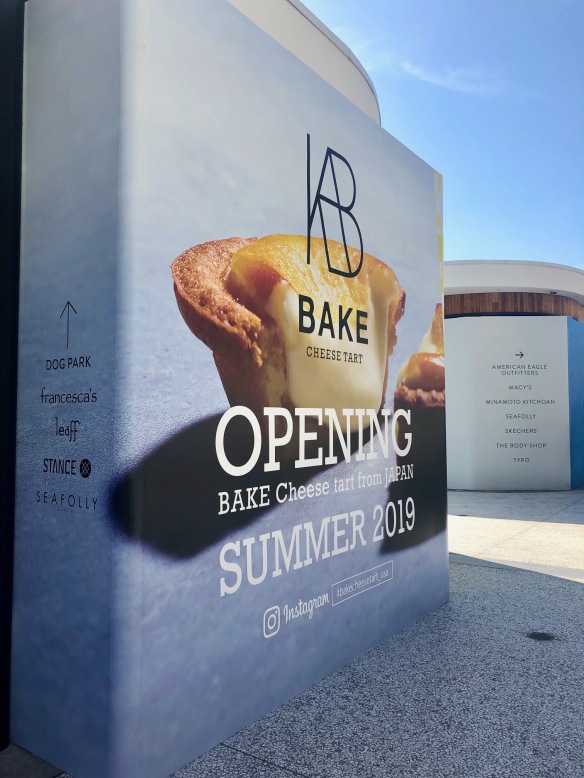