Ever since we learned that longstanding healthy Mexican purveyor Kayndaves had abandoned their location at 262 26th St., across from the increasingly tony Brentwood Country Mart, I’ve been wondering who would even undertake such an upscale market.  The corner of San Vicente and 26th has proven itself a challenging location as evidenced by the revolving door of restaurants that has attempted the space that most recently held L’Ami.  (The latest gasp of hope, the ABC app that I reported on back in January has since been taken down and I think we’re back to square one.)  But now, one brave contender is giving the Kayndaves space a go…  A banner is up informing us that it will soon be the home of Tara’s Himalayan Cuisine.  With three other locations scattered across the Southland offering Nepali, Tibetan, and Indian food, we wish them the best of  luck. 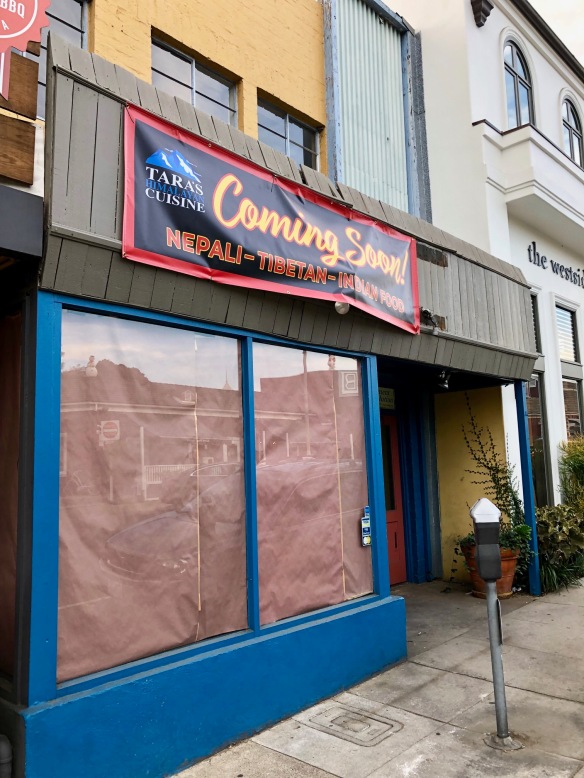