Schwartz’s has been a stalwart presence in Pico-Robertson for a long time.  They opened in 1954, when they became the first kosher bakery in LA.  They have since increased to five retail locations, two of which are on Pico.  Now they’re expanding just a few doors down from their location at 8856 W Pico.  A spokesperson confirmed that the banner hanging over the front of 8820 W Pico is announcing the impending arrival of Schwartz’s Deli & BBQ. 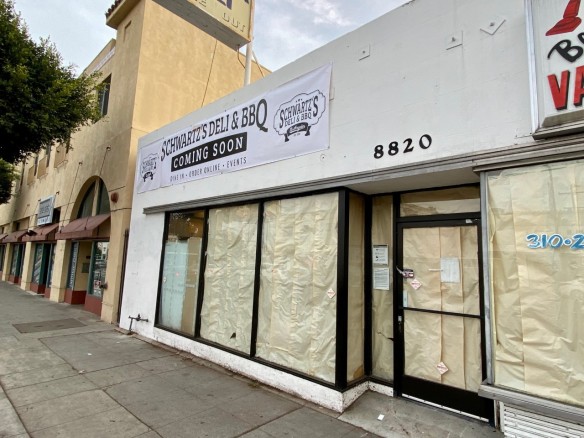