Following up on a tip from a reader (Thanks Jeremy!), I went to check out what was going on in the old Open Oven Pizza location at 1131 Westwood Blvd. in Westwood.  I declared Open Oven closed last year, but was later told that the owners were working on a new concept.  That appears to have changed, as ‘now hiring’ signs are up on the front declaring that the sunny purveyors of  milk tea/boba/juice/snacks Lollicup Fresh are intending on making themselves right at home in the space. 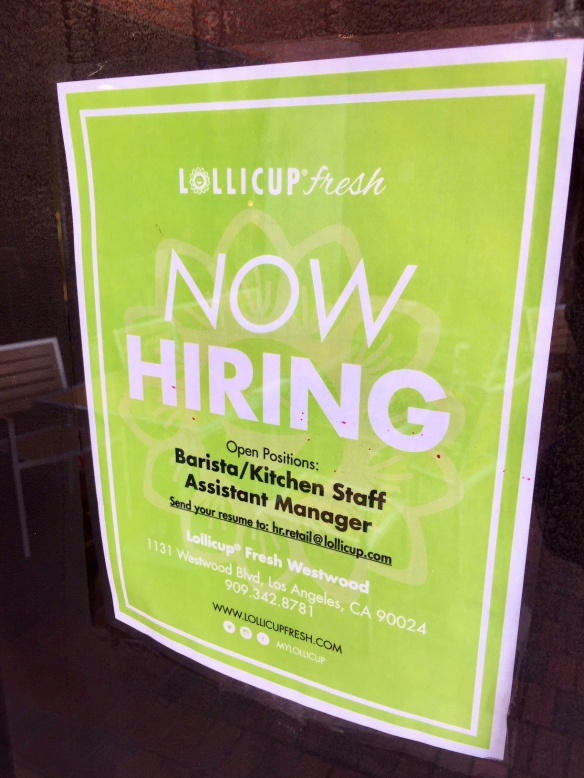