It was back in November of last year when I told you about the disappearance of one of LA’s last branches of Italian mozzarella chain Obica.  If you look carefully at the photo below you can see who’s planning on moving into their old second floor Westfield Century City Shopping Center location.  Plant-based pioneer Matthew Kenney is bringing a outpost of his popular Culver City pasta bar Sestina to the good people of Century City. 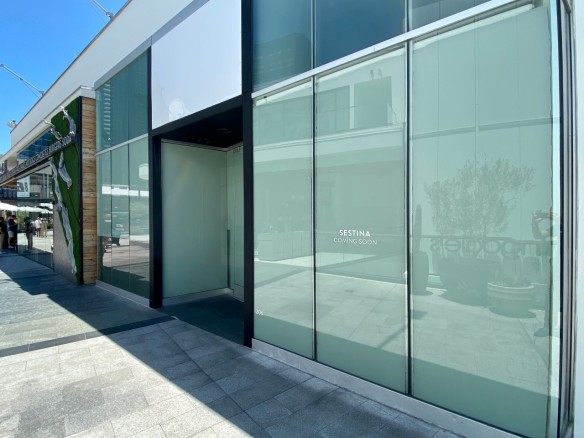 Creative, plant-based superstar chef Matthew Kenney continues to expand his empire.  A small piece of paper on the side of the space at 1700 Lincoln Blvd., in an increasingly fashionable stretch of Venice, lets us know that Double Zero will soon be inhabiting the erstwhile Italian deli.  And what is Double Zero?  With its flagship store in the East Village in New York, Double Zero will soon deliver to Venice vegan pizza from a custom wood burning oven, small plates including their proprietary plant-based cheeses, and desserts with sustainable European wines served in a “warm casual environment”. 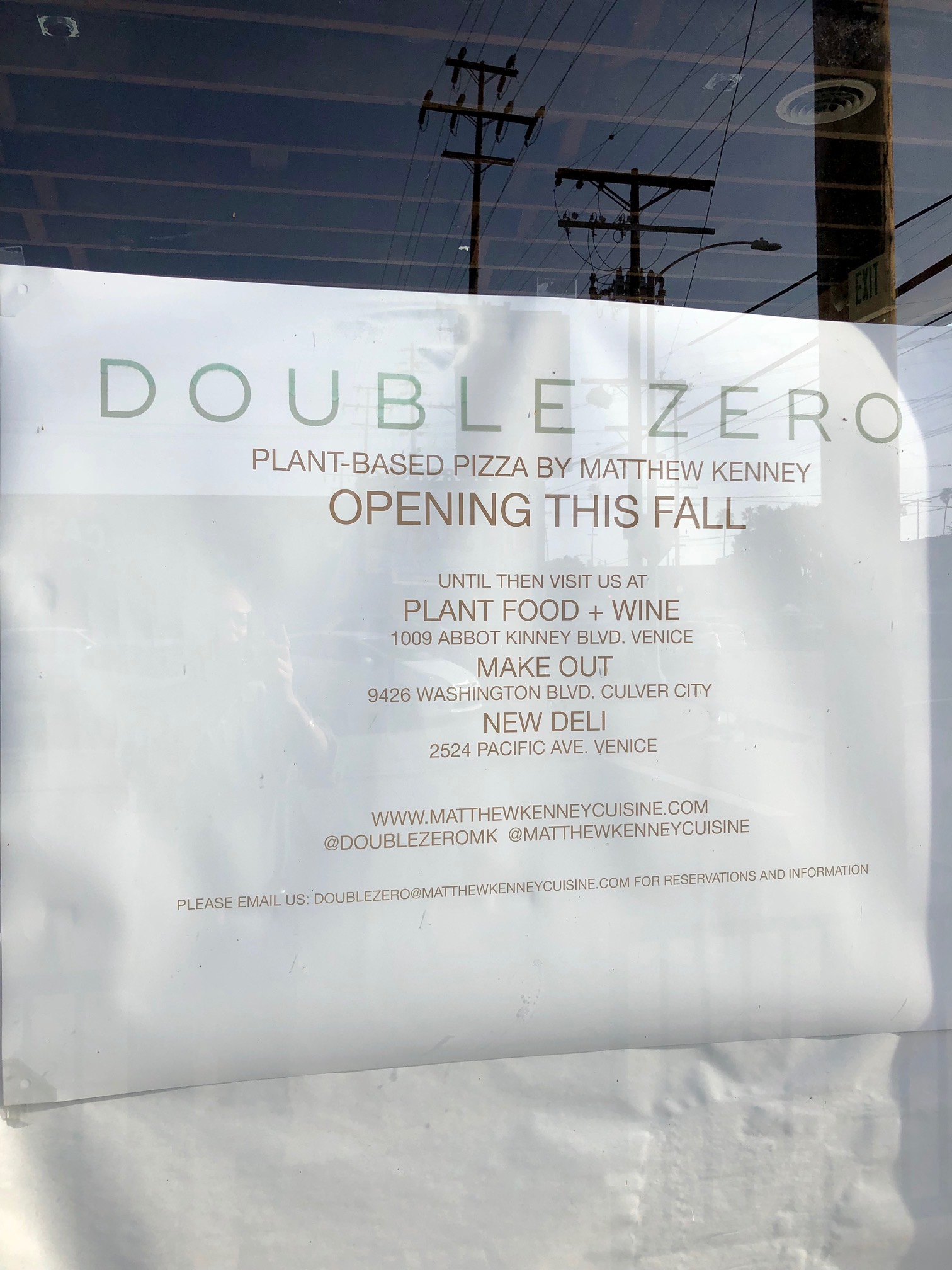 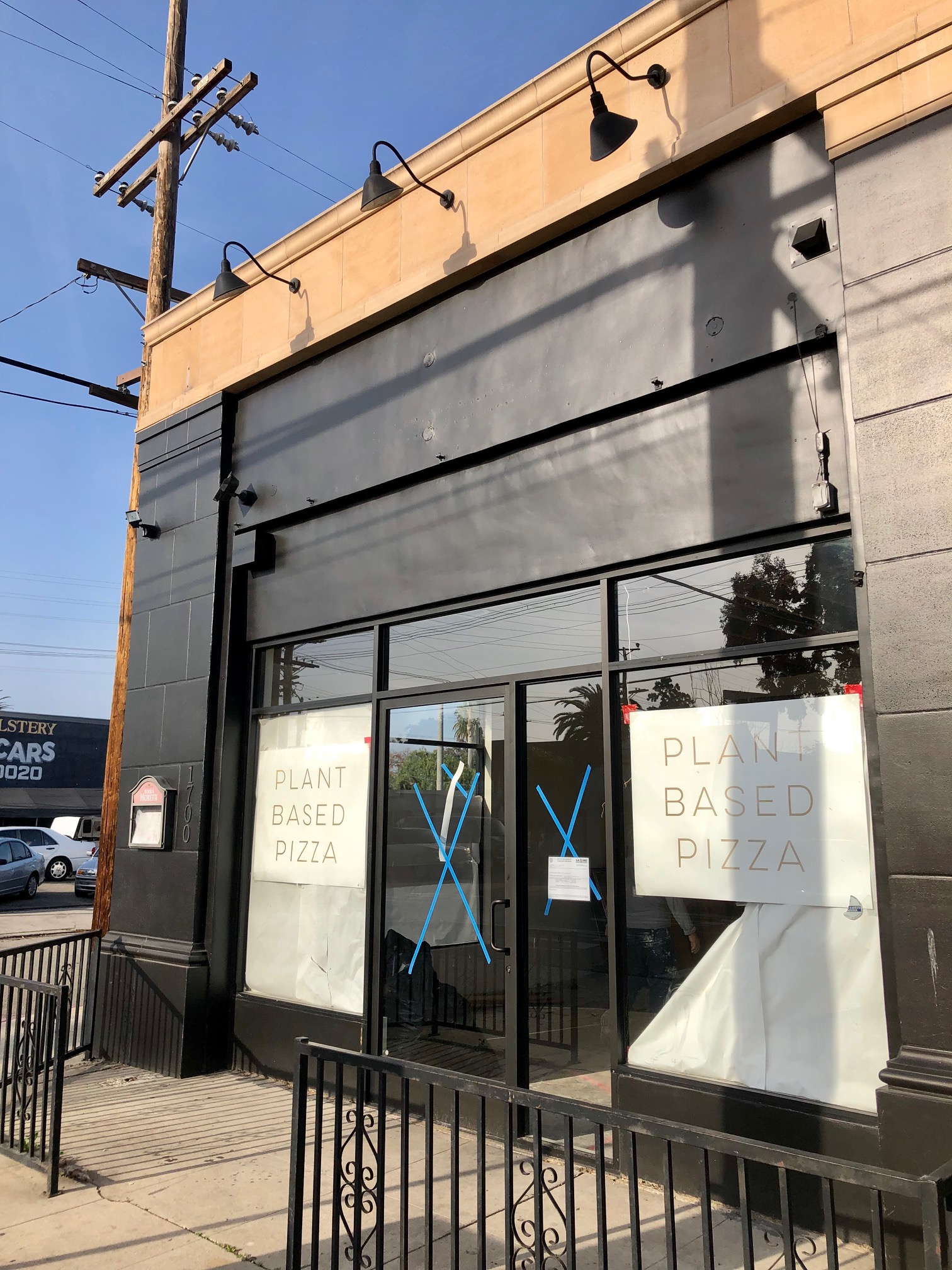 I first noticed that something was happening to the space at 2524 Pacific Ave. in Venice back in February of last year.  A sign on the front informed us that a new organic, plant-based deli was moving in.  As it turns out, the deli is a project of a familiar name, Chef and restaurateur Matthew Kenney.  A little over a year later, the new deli, whose name is New Deli, will open April 15th (according to Plant Based News) with a selection of coffee, juice, beer, wine, and sundries. 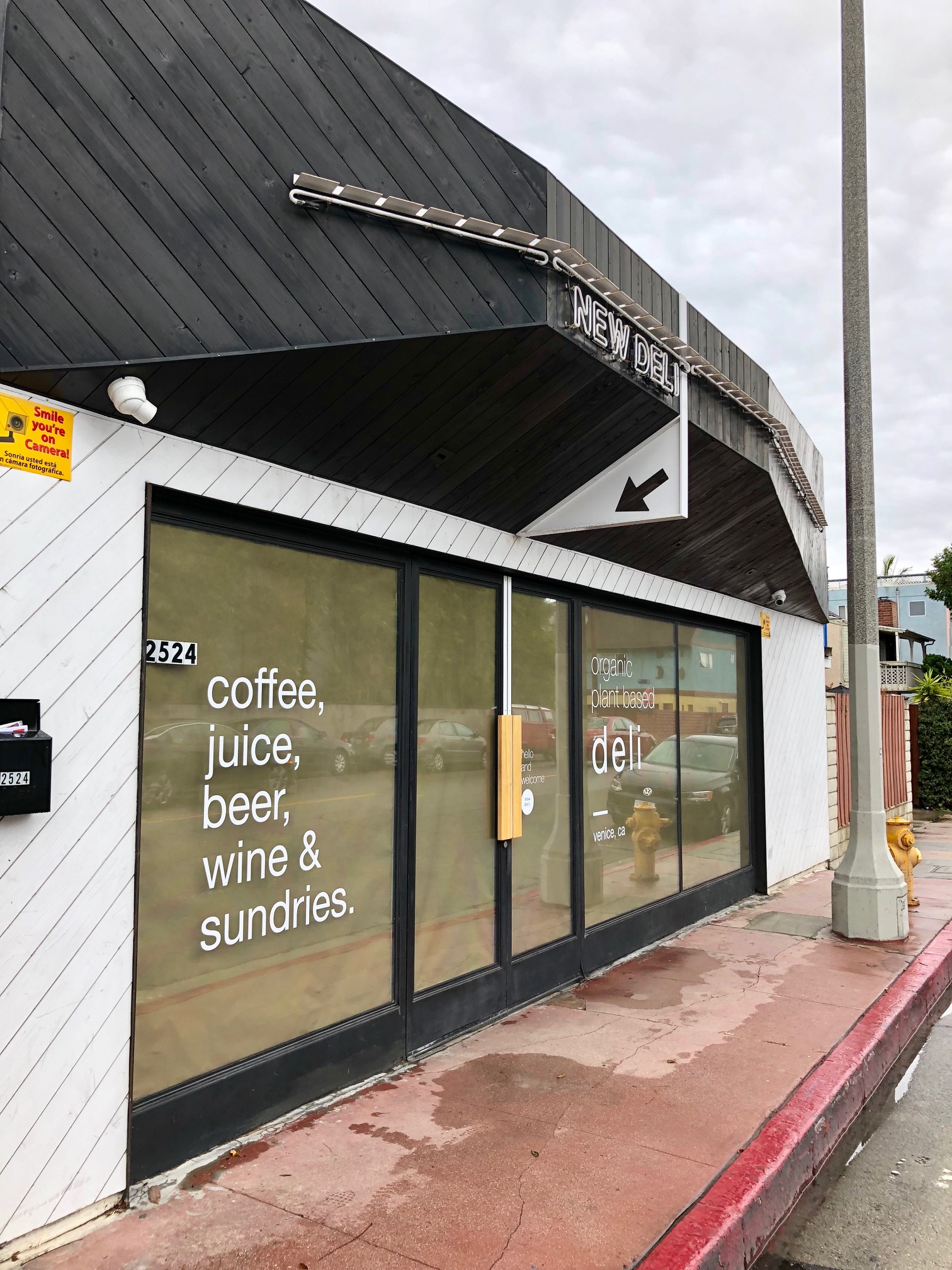